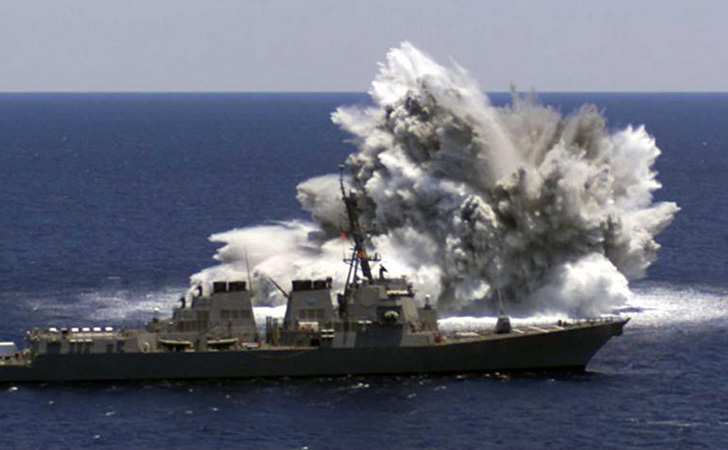 In support of the EISs, CSA conducted aerial surveys for marine mammals and sea turtles in 1995, 1997, and 1999 to provide estimates of the spatial and temporal abundance of listed (endangered and threatened) and non-listed species. The National Marine Fisheries Service (NMFS), U.S. Fish and Wildlife Service, and other agencies were concerned primarily with marine mammals and sea turtles protected by the Endangered Species Act and Marine Mammal Protection Act. While six monthly aerial surveys for marine mammals and sea turtles were required for the SEAWOLF project, CSA was able to scientifically convince NMFS to accept a reduced scope of only two months of aerial surveys for DDG 81, resulting in a savings of over $700,000 for the Navy. Marine mammal and sea turtle sightings were entered into a computerized database and mapped using GIS. CSA then used DISTANCE analysis software to generate population and density estimates. Final exclusion zone mapping also considered other issues such as essential fish habitat and human use areas that might be impacted by acoustic energy from the shock trials. The final site selection process required a delicate balance between operational necessity and environmental sensitivity.