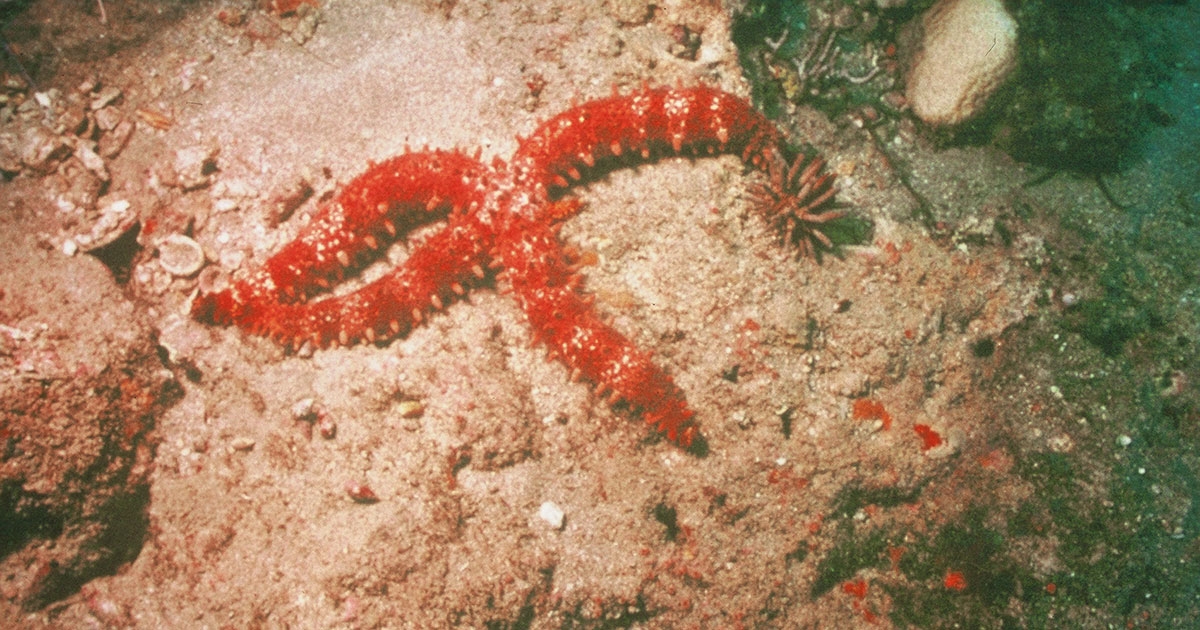 Mr. Bruce Graham, a Marine Scientist at CSA Ocean Sciences Inc. (CSA), recently co-authored an article on new records of the Indo-Pacific seastar, Mithrodia clavigera, from locations including the north-central Gulf of Mexico and southeastern Florida. This article appears in the first issue for the final volume (5 May 2021) of the Proceedings of the Biological Society of Washington (PBSW), a journal that has published peer-reviewed papers focused on systematics in the biological sciences for over 130 years.

This blog recognizes Mr. Graham’s and CSA’s contributions to the article “Mithrodia clavigera (Lamarck, 1816) (Echinodermata: Asteroidea: Mithrodiidae) from the central Atlantic Ocean and Gulf of Mexico” that he prepared with co-authors Dr. Richard Turner (publication primary author and Professor Emeritus with the Florida Institute of Technology) and John Miller (Echinoderm specialist and former chief curator for the Division of Marine Sciences at Harbor Branch Oceanographic Institution). The publication utilized materials provided by CSA that included 1) photographic records from the Gulf of Mexico taken during an oil and gas industry sponsored survey conducted in 1986 on the western Gulf of Mexico Rankin/28 Fathom Bank Complex and 2) a specimen collected by Mr. Graham in 1998 offshore Fort Lauderdale, Florida at a large vessel grounding site.

Mithrodia clavigera, the studded seastar, is known to occur throughout the tropical Indo-West Pacific Ocean and was previously reported in the Atlantic basin offshore Brazil and the western Caribbean Sea in the late 1960s and early 1970s. There was a paucity of records of M. clavigera in the tropical and subtropical Atlantic Ocean until these most recent discoveries. The presence of the species in the Atlantic Ocean is probably an artifact of the former connection with eastern Pacific populations before the presence of the Isthmus of Panama. The published observations and photographs of adult M. clavigera from off Palm Beach and Broward Counties along the Florida East Coast and the Gulf of Mexico Rankin/28 Fathom Bank Complex are the first records of the species from these areas, respectively. It should be noted that the image library of the Flower Gardens National Marine Sanctuary does include an in situ photograph of M. clavigera. The PBSW publication adds to our general understanding of this species’ behavior, ecology, and geographical range.