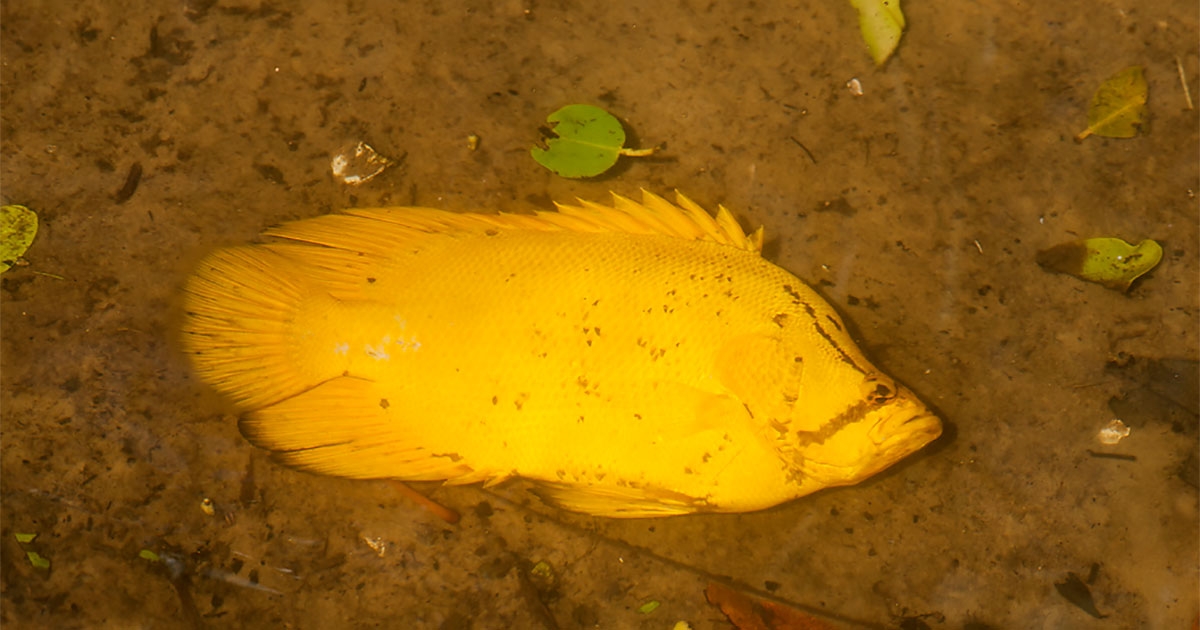 CSA Scientist Reflects on the Passing of a Legend in Ichthyology, Dr. Jack Randall

Scientists at CSA Ocean Sciences Inc. (CSA) love to talk about fish, and this week we’re kicking off our new monthly “Fish Blog.” Sadly, but perhaps fittingly, our first Fish Blog reflects on the passing of a legend in ichthyology, Dr. Jack Randall, whose pioneering work taught us about mimicry in fishes and many other contributions to the study of taxonomy, natural history, and behavior of fishes.

David Snyder, an ichthyologist at CSA for more than three decades (and a talented underwater photographer), shares his thoughts on Dr. Randall and his contributions to the fascinating study of fish. Read more tributes to Dr. Jack Randall on the Association for Marine Exploration web page. 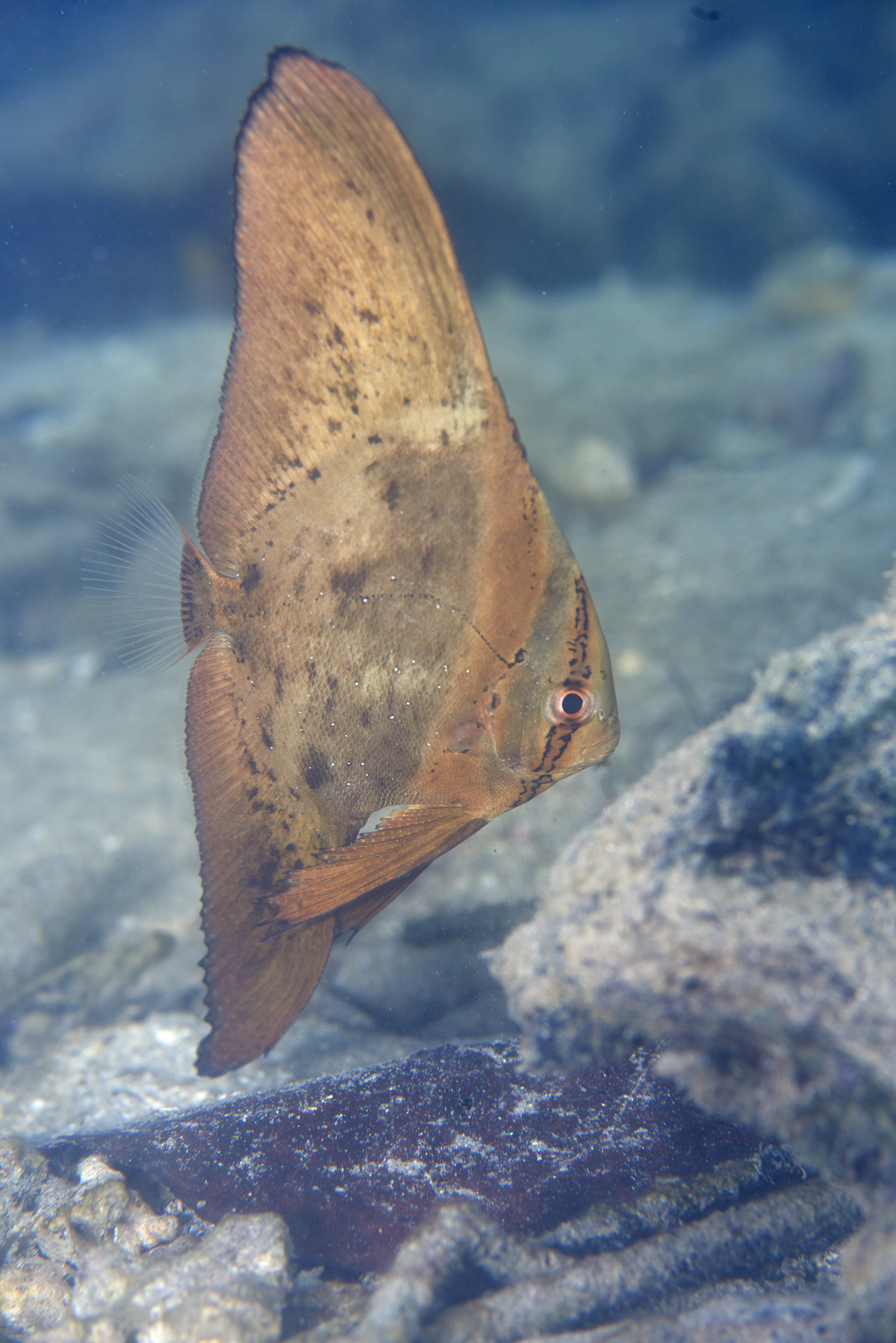 The Passing of a Legend

I was saddened to learn that Dr. John E. (Jack) Randall passed away last week at the age of 95. Jack Randall was a true giant in the field of ichthyology, and his prodigious accomplishments may never be eclipsed. Within his sampling universe – tropical reefs of the world – he described and named more fish species than any living scientist and authored stacks of papers and books. Jack’s mainstay was his contribution to fish taxonomy, but he was also well-versed in the natural history and behavior of fishes. He possessed the kind of knowledge that comes only from spending considerable time underwater collecting and observing.

For this reason, Jack Randall was my ichthyological hero; I knew early on he walked the walk. In the late 1970s, I got a copy of his Caribbean Reef Fishes and learned about gobies, parrotfishes, wrasses, and other species not familiar to someone who grew up fishing in Florida, knowing only snook, tarpon, mackerels, snappers, and groupers. Around the same time, I read a fascinating paper he coauthored with his wife Helen entitled Mimicry and protective resemblance in tropical marine fishes. This paper reviewed the existing literature and relayed the authors’ observations of fishes that remarkably resembled plant parts (protective resemblance) or unrelated species (mimicry), which was a realization to me of natural selection in action. Textbook examples of these topics usually involved insects (think of walking sticks, certain butterflies, or caterpillars that look like bird droppings). I learned from this paper that juveniles of the tripletail (Lobotes surinamensis), a perch-like fish that grows to weigh more than 30 lb in adulthood, were the fascinating yellow-orange, hand-sized fish we called “leaf fish” as kids. An image of L. surinamensis exhibiting this behavior in the Loxahatchee River in Florida is shown here. 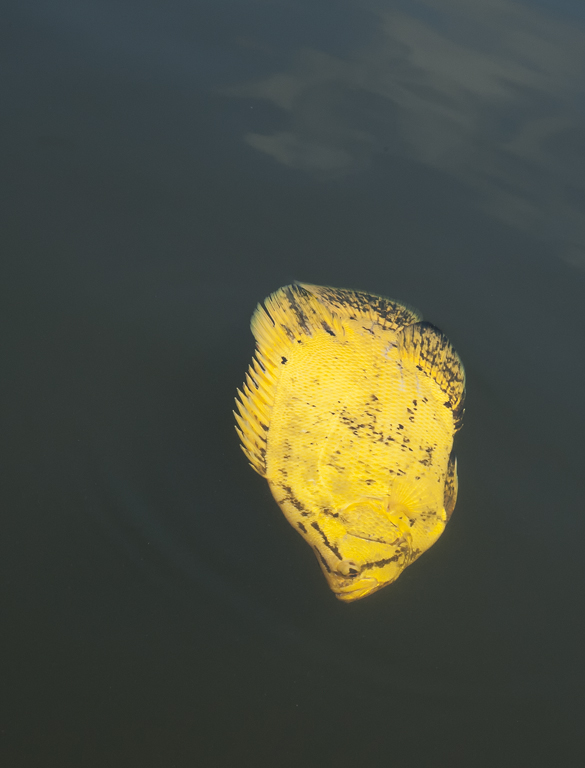 The authors discussed many other examples including how juvenile barracudas and needlefishes looked like drifting sticks, Atlantic spadefishes (Chaetodipterus faber) resembled decaying plant matter, and the orbicular batfish (Platax orbicularis) looked and behaved like fallen leaves. Another illustrative image shown here is of P. orbicularis taken in Apra Harbor, Guam.

The authors were careful to warn observers to first question if suspected cases of protective resemblance or mimicry were simply coincidence or if an adaptive explanation could be appropriate. Nevertheless, I was on the lookout for potential cases of mimicry and protective resemblance, and that ultimately led me to contact Jack.

In the late 1990s, I emailed Jack about my observations of potential mimicry by juvenile tiger groupers (Mycteroperca tigris). Initially, I was apprehensive about bothering such a paragon with my insignificant drivel and did not really expect a response. Not only did he respond, but we emailed back and forth for some time about the behavior of juvenile groupers. Those exchanges led to him supporting me with the publication of a manuscript about M. tigris and coauthoring another paper with Jack and Scott W. Michael about mimicry by juvenile redmouth groupers (Aethaloperca rogaa). Although only a small contribution, it was a rare privilege for me to collaborate with someone like Jack.

There’s no doubt that scores of others were affected in the same way by him. Dr. Jack Randall will be missed greatly, and his legacy will undoubtedly serve current and future efforts to conserve the reefs he loved so much.

References cited in this blog are provided below.
Randall, J.E. 1966. Caribbean Reef Fishes. TFH Publications.
Randall, J.E. and H.A. Randall. 1960. Examples of mimicry and protective resemblance in tropical marine fishes. Bulletin of Marine Science of the Gulf and Caribbean. 10(4): 444-480.