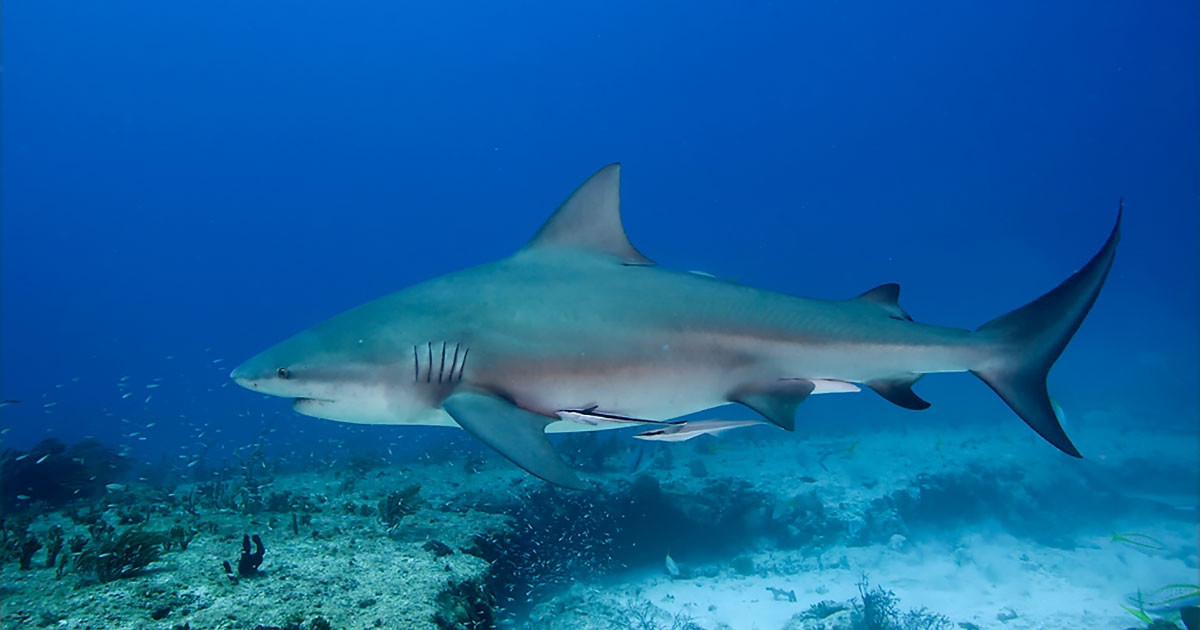 Ecology of Young Bull Sharks in the Loxahatchee River, Florida

Water quality in the IRL has degraded in recent decades; this degradation has been highlighted by massive freshwater discharges from Lake Okeechobee following tropical storms and hurricanes. The IRL is one of the most biodiverse estuaries in the US and provides habitat for a plethora of fishes and invertebrates. Many of these species rely on the IRL and its tributaries during their early life histories. One such species is the bull shark. Unlike other requiem sharks, bull sharks utilize estuaries and coastal rivers for their first 2 to 4 years of life. Thus, we are examining how young bull sharks respond to the riverine gradient of natural environmental conditions and habitats to understand how water management strategies may influence this response.

Over the past several years, CSA field teams have implanted acoustic transmitters in 30 immature bull sharks caught (and released) in the Loxahatchee River. CSA has an array of acoustic receivers in the river from the mouth (Jupiter Inlet) to freshwater reaches 6 miles upstream. This receiver array is embedded within a network of receivers known as the Florida Atlantic Coast Telemetry (FACT) network. The FACT array, operated by a group of cooperative researchers, encompasses much of the coastal and inshore waters off east central Florida (https://secoora.org/fact/).

Being part of the larger array of receivers allows us to expand our sampling universe well beyond the Loxahatchee River. This has already paid dividends as several tagged sharks exited the Loxahatchee and swam 15 miles north and entered the St. Lucie River estuary. If we depended only on our Loxahatchee receivers, we would have lost track of these individuals. In addition to the broad receiver array, the Loxahatchee River has in place a series of moored sensing instruments operated by the Loxahatchee River District (Jupiter, Florida) that collect continuous water quality data (salinity, temperature, and dissolved oxygen). We intend to correlate movements of tagged individuals with changes in environmental conditions, particularly salinity drops associated with freshwater discharges.

This study will not only contribute to overall knowledge of bull shark ecology and life history but will also provide valuable information to local water and environmental managers charged with maintaining the health and integrity of the Loxahatchee and the larger system in which it is embedded.