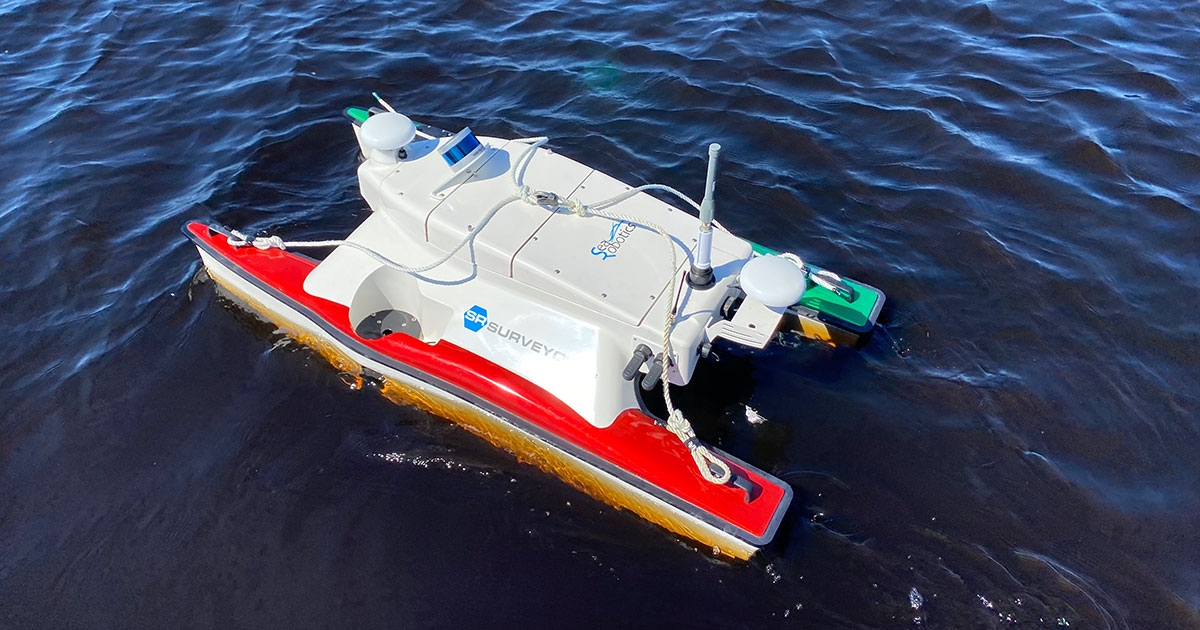 Autonomous Survey of the Suwannee River

Substructure is working on a project with the University of New Hampshire to map oyster reefs in the Gulf of Mexico at the mouth of the Suwannee River. This area is notorious for poorly charted shallow water, which makes access difficult for traditional crewed survey boats. With a draft of only 15 cm, the SR-Surveyor M1.8 is the perfect platform from which to gather sonar data in an area like this.

These oyster reefs were constructed as part of an environmental remediation plan following the Deepwater Horizon incident in April 2010. They were built on historical locations of previous oyster reefs, and part of this project is to identify oyster shells beneath the sediment. 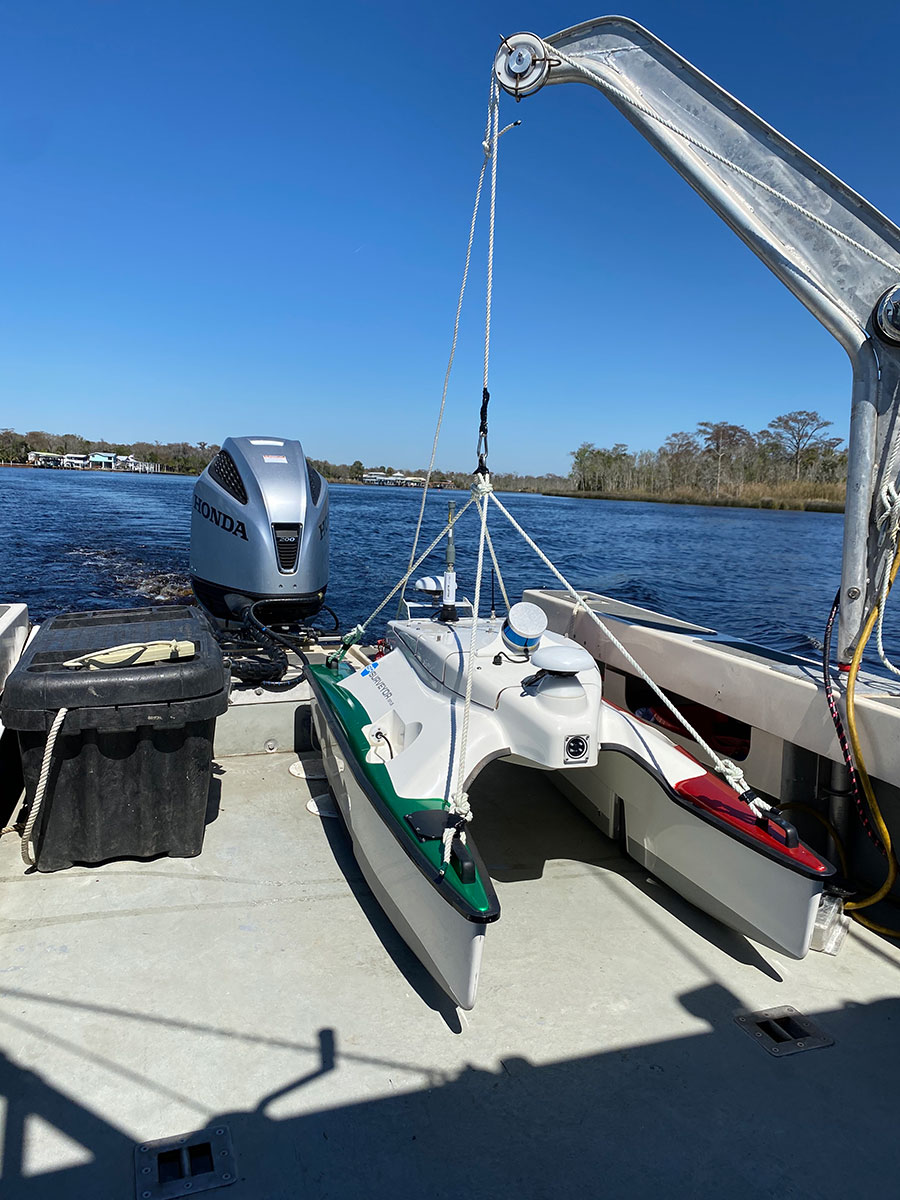 In addition to demonstrating the capabilities of the SR-Surveyor M1.8 to the Substructure team, time on the water also provided the opportunity to field test a new sensor, the Eccologger Single Beam sonar system. This sensor had recently been installed and will be used on an upcoming project in Mississippi for CSA Ocean Sciences Inc. (CSA; sister company of M&E and OSI). The Eccologger will complement the tightly integrated side-scan and multibeam sonars, inertial navigation sensor, and LIDAR system that come standard aboard the SR-Surveyor M1.8.

Because of the portable configuration of the ASV, it could be set up at a relatively small residential dock and a 20 ft survey boat could be used to launch and recover the unit.

On day 1, the wind was unfavorable; it had blown the water out into the Gulf of Mexico making it too shallow for the survey boat to exit the river mouth. So, the SR-Surveyor M1.8 was instead run in the river, demonstrating its ability to autonomously complete pre-programmed line plans and transmit data to an accompanying survey boat in real time. The swift current tested the ASV’s mettle, but it completed the line plans without any trouble and collected good bathymetric and side-scan data. ASV data were compared with data collected from the crewed survey boat for ground truthing.

On day 2, depths were still too shallow at the river mouth, so the ASV was sent out as a “pilot boat” to seek a channel of deep water for the crewed survey boat to make safe passage into the Gulf of Mexico. By observing the real time sonar data transmitted from the ASV, it was possible to see depths ahead of the survey boat and determine the best course to the oyster reefs.

Although the survey boat could not get out to the desired working grounds due to its restricting draft, it was possible to send the ASV over the shoals and into the open Gulf of Mexico, where evidence of historical oyster beds was observed in the bathymetric data.

Shoal depths and questionable charts are obstacles to navigation at the mouth of the Suwannee River. Despite these conditions, bathymetric data were acquired from the targeted working grounds. Success in these challenging conditions demonstrates the applicability of the SR Surveyor M1.8.

Find out more about the SR-Surveyor M1.8 and how it can support your nearshore survey needs.