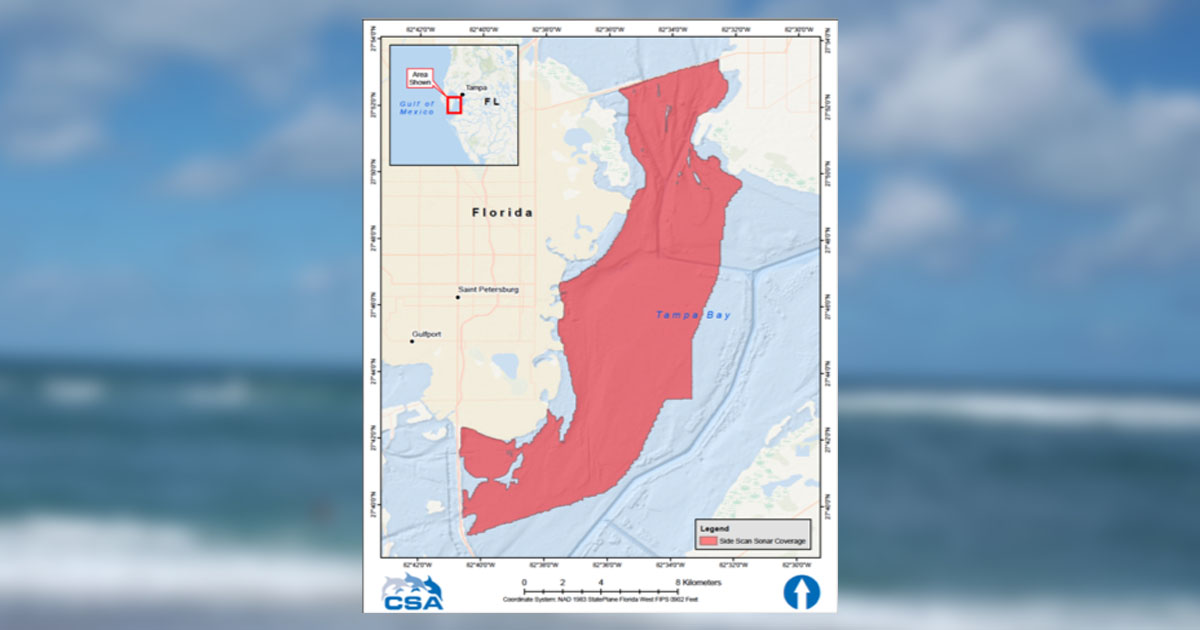 Hard bottom habitats in Tampa Bay are protected submerged habitats under state and federal wetland regulations and are also considered an essential fish habitat for different life stages of various fish species, including several of commercial and recreational importance. These habitats are relatively rare and sparsely distributed throughout the Bay, and, up until recently, knowledge was limited as to their specific location. In order to improve our knowledge of these important habitats, the Tampa Bay Estuary Program (TBEP) initiated a project to locate, characterize, and create finer-scale thematic maps of hard bottom in a section of Tampa Bay, building upon work previously done.

“Tampa Bay is such an important ecological resource,” said Ed Hughes, CSA project manager for the effort. “It plays a vital role in local and state economies and contributes to the quality of life for the local community as a whole. To be involved in a project like this was a privilege, and working directly with the experts at the Tampa Bay Estuary Program was a terrific opportunity – the Bay is in great hands under their stewardship.”

This is the second major hard bottom mapping effort that CSA has conducted in Tampa Bay. In 2015, CSA teamed with SurvTech Solutions and AIM Engineering & Surveying to collectively map and interpret over 57 square miles for the Southwest Florida Water Management District. With some other additional smaller-scale projects, CSA has now been involved in mapping 110 square miles of the seafloor and have identified over 245 acres of hard bottom within the Bay.

In addition, the maps and reports created by these studies have already provided assistance to other state agencies. The Florida Fish and Wildlife Conservation Commission (FWC) has been using the mapped hard bottom locations as part of their sampling universe for their innovative hard bottom fish survey program, utilizing baited remote underwater video cameras to identify and count fish species associated with these habitats. They have even identified some fish species that had not been previously documented within the Bay.