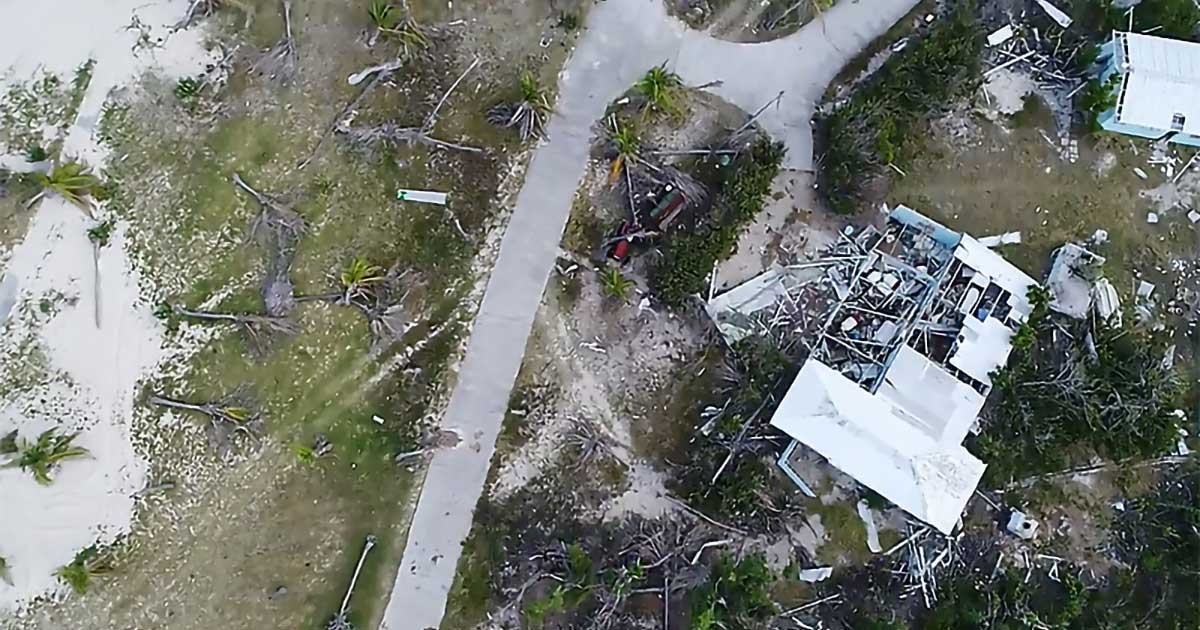 In March 2018, CSA Ocean Sciences Inc. (CSA) was engaged to support assessment efforts along the damaged west coast of the island of Barbuda in the eastern Caribbean. Part of the sovereign Commonwealth nation of Antigua and Barbuda, the island was devastated by Hurricane Irma in 2017.

Nearshore bathymetry was mapped along the western isthmus of the Codrington Lagoon and along the southern coast of the island, including Cocoa Point. Digital sidescan sonar systems operating with a dual frequency were used to obtain high-resolution images of seabed features. An EdgeTech CHIRP 3100 sub-bottom profiler was used to examine shallow geologic features for potential beach nourishment efforts along the west side of the island/lagoon isthmus.

Aerial imagery is useful to improve the understanding of ground conditions, including the extent and status of sensitive terrestrial and wetland resources such as forested mangrove communities. Use of UAVs and image processing software is particularly useful in areas that are difficult to access for safety or logistical reasons.

Acquisition and integration of land-based imagery and subsurface hydrographic data provided a better understanding of the current coastal conditions in Barbuda.