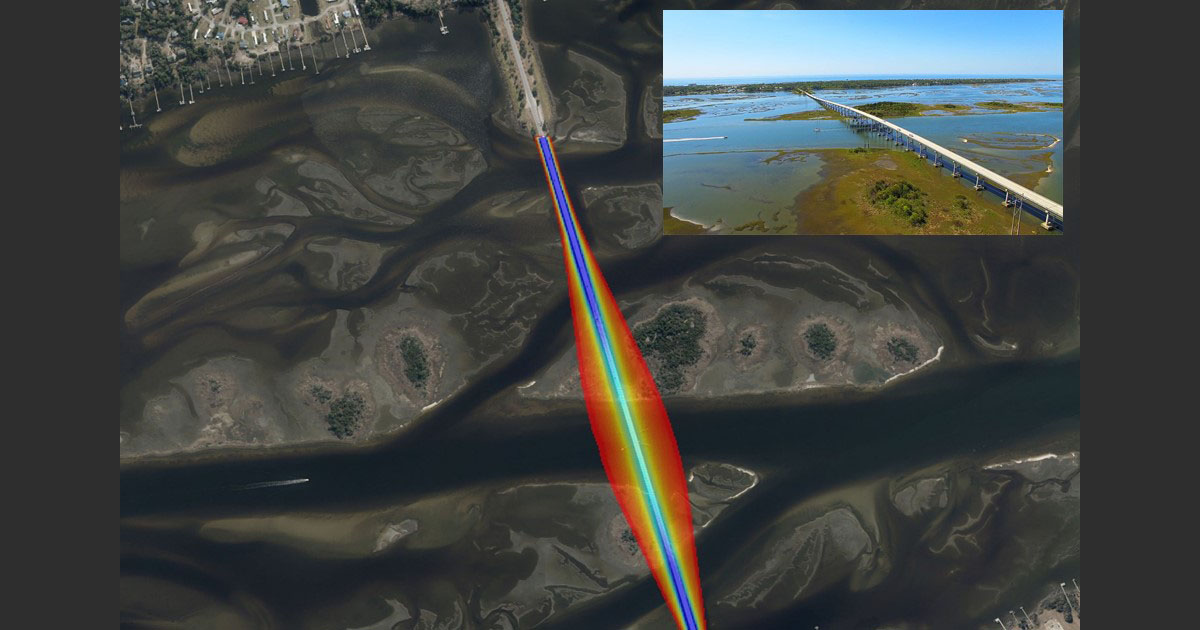 CSA’s Vice President, Science, Dr. Mark Fonseca, and his colleague Mr. Amit Malhotra of Geohorizons, co-authored a presentation at the International Conference on Ecology and Transportation (ICOET) conference in San Diego, CA (https://icoet.net/ICOET_2019) on a GIS-based shading model they developed to predict the location and amount of shading from bridges. The presentation was in the “California Dreaming” session, which described various novel approaches to solving diverse transportation issues; approximately 70 persons were in attendance.

The relationship between light availability and the growth and health of submergent aquatic vegetation (SAV) has been extensively examined. However, most studies have focused on the impacts of reduced light associated with the degradation of the optical transmissivity of the water column, such as that arising from nutrient and sediment loading. Far fewer studies have been directed at the influence of shading by structures, and those that have primarily focused on small over-water features such as docks as opposed to larger, transportation-associated structures such as bridges. Studies on small over-water structures universally demonstrated a significant and persistent reduction in plant density and biomass and even mortality as a result of structure shading. Therefore, Dr. Fonseca and Mr. Malhotra designed and coded a python-based model that works as a tool in the Esri ArcMap toolbox to create the model and the graphical user interface to forecast shading from any large near or over-water structure.

The model provides the ability to predict where and when shading will occur in a form readily accessible to non-specialists. The interactive GIS-based model predicts the position of shading by over-water structures through time. The model computes solar angle by geographic location and date and utilizes GIS visualization tools to create a shadow projected onto the water surface from an over-water structure of user-specified height, width, orientation, and geographic position throughout the year.

To validate the model, day-long shading surveys were conducted in areas adjacent to and under several over-water bridges of varying orientation and geometry. These surveys revealed a surprisingly consistent and high average (93.3 ± 2.3% SD) reduction in light reaching the water surface in the bridge shadow, which, if present for even short periods of time over an SAV community, is sufficient to produce significant declines in SAV. The model correctly forecasted the instantaneous position of this temporally and spatially dynamic shadow zone with approximately 87% (±5.2% SD) accuracy at a 10-ft grid resolution.

In addition, a simple water column light attenuation calculator was encoded for the user to then estimate, for any point in the landscape, the total amount of light reaching the seafloor (and the SAV community) based on user-defined water column light attenuation and water depth. With this combination of spatial and temporal modeling of shading, the spatial extent and degree of shading impact on the SAV community by an over-water structure can be predicted and quantified, providing a defensible basis for informed mitigation planning and alternatives.

In the presentation, Dr. Fonseca briefly reviewed the history of SAV in response to light and shading, described the development steps of the model, and discussed the remaining challenges of forecasting light fields in an aquatic environment. CSA now provides this modeling service to interested parties.