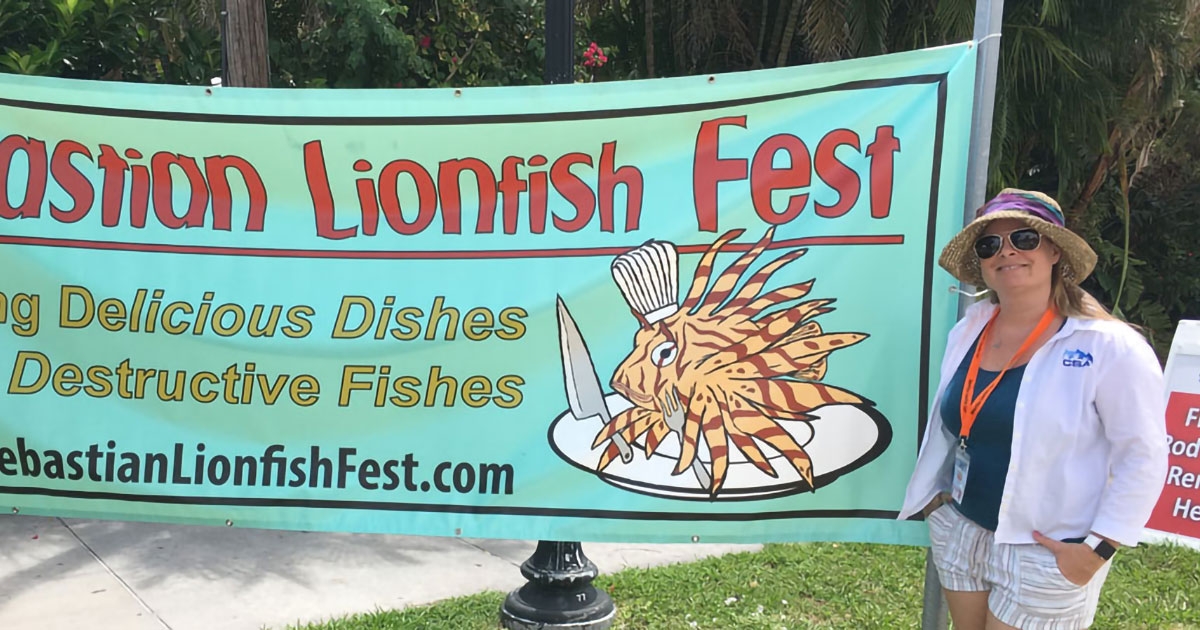 CSA Ocean Sciences Inc. and sister company, Morgan and Eklund Inc. were a proud sponsor of the 2017 Sebastian Lionfish Fest where “delicious dishes were made from destructive fishes”. Debbie Kilbane, Marketing Director, and Erin Hodel, Senior Program Manager of the Ports and Coastal Sciences division of CSA, as well as family and friends, attended the event which was held at Captain Hiram’s Resort in Sebastian, Florida. The event included a fishing tournament as well as a cook-off by 7 local restaurant chefs for best lionfish dish.

The lionfish (Pterois volitans) is an invasive species in the Caribbean and Western Atlantic that is harming reef habitats because it competes with native fishes for food and space, has no natural predators, and reproduce quickly in high numbers. Lionfish are native to the Pacific and Indian Oceans, as well as the Red Sea. They are popular fish in the aquarium trade, and believed to have been released in coastal waters of South Florida sometime in the mid-1980’s. The population of the invasive lionfish has since spread throughout the Caribbean, Western Atlantic, and the Gulf of Mexico, resulting in a serious threat to local reef habitats and native fish communities.

This event along with other lionfish tournaments and fishing derbies engage the public and are great opportunities to increase awareness of invasive lionfish and other marine environmental issues. CSA Ocean Sciences Inc. and Morgan and Eklund Inc. were honored to have been part of this event and support local initiatives in the communities where we work