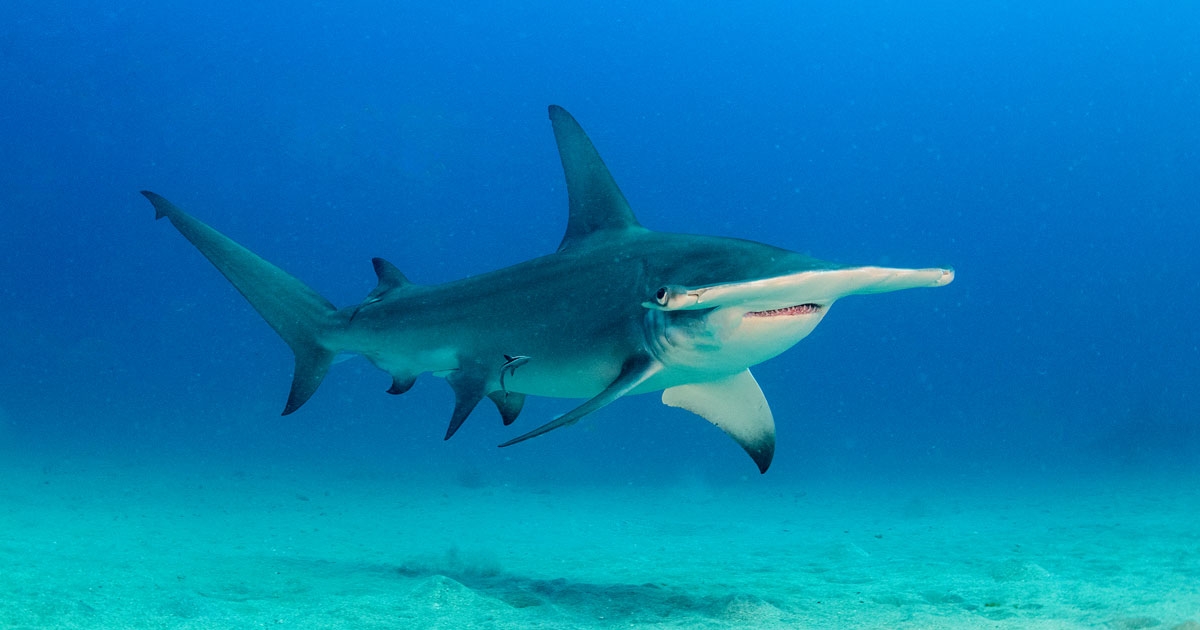 Hammerhead sharks are certainly on the animal kingdom’s short list for unusual morphology. Much has been written on the adaptive functions of the T-shaped head, also known as a cephalofoil, which appears to enhance maneuverability and sensory functions in these sharks. Not only are the eyes and nostrils (nares) laterally separated on opposite sides of the hammer to increase reception coverage, the ventral surface of the hammer is also peppered with tiny sensory pits (ampullae of Lorenzini) that detect the electromagnetic signals emitted by prey. These facets result in a “search beam” much wider than that of a similar sized shark with a normally shaped head. Like mine sweepers, hammerhead sharks can scan the seafloor for prey buried out of sight and needing additional sensory assistance to locate.

The bodies of hammerhead sharks are also very flexible, capable of turning on a dime. Hydrodynamically, the broad hammer was thought to serve as a “wing” over which water flows, producing additional lift while the animal is swimming. But recent studies indicate that the cephalofoil increases drag on individuals swimming through the water (Gaylord et al. 2020).

Eight hammerhead species are recognized worldwide with head shapes ranging from narrow (bonnethead shark, Sphyrna tiburo) to ridiculously wide (winghead shark, Eusphyra blochii). The largest member of the family, the great hammerhead (Sphyrna mokarran), has an additional morphological quirk – an extra-large dorsal fin. In most sharks, the pectoral fins are longer and broader than the dorsal fins, adding upward lift when swimming, whereas the dorsal fin provides lateral force to help with moving forward. 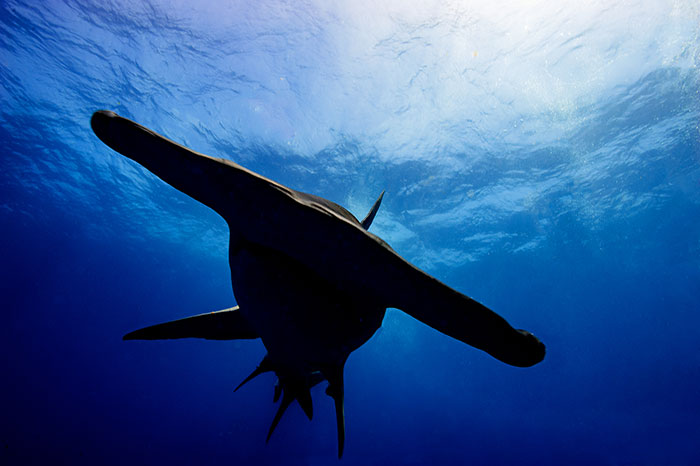 Photo 2: Great hammerhead shark (Sphyrna mokarran) swimming at an angle, offshore of Jupiter, Florida (Photo by David B Snyder).I have noticed on several occasions that great hammerheads, when swimming in the water column, tend to swim at a tipped angle (see Photo 2). Over the years, I have talked with fishermen and divers who observed the same tilted behavior, but sensible explanations were never forthcoming. I was pleased to recently find an article that documented the phenomenon and provided a fascinating exposition on the adaptive significance of this trait (Payne et al. 2016). In this study, researchers tagged great hammerheads with special tags capable of measuring, among other things, swimming angles, and found that individual adult great hammerheads spent as much as 90% of their time swimming on a tilt. Through some clever hydrodynamic modeling, the researchers showed that turning sideways presses the sail area of that massive dorsal fin into service as an additional agent of lift. Swimming on their sides also reduces drag from the cephalofoil, and when combined with additional lift from the dorsal fin, results in more efficient movement. So, if you meet up with a great hammerhead in or on the water, be sure to admire its distinguishing dorsal fin and tilted swim angle as well as its telltale head.