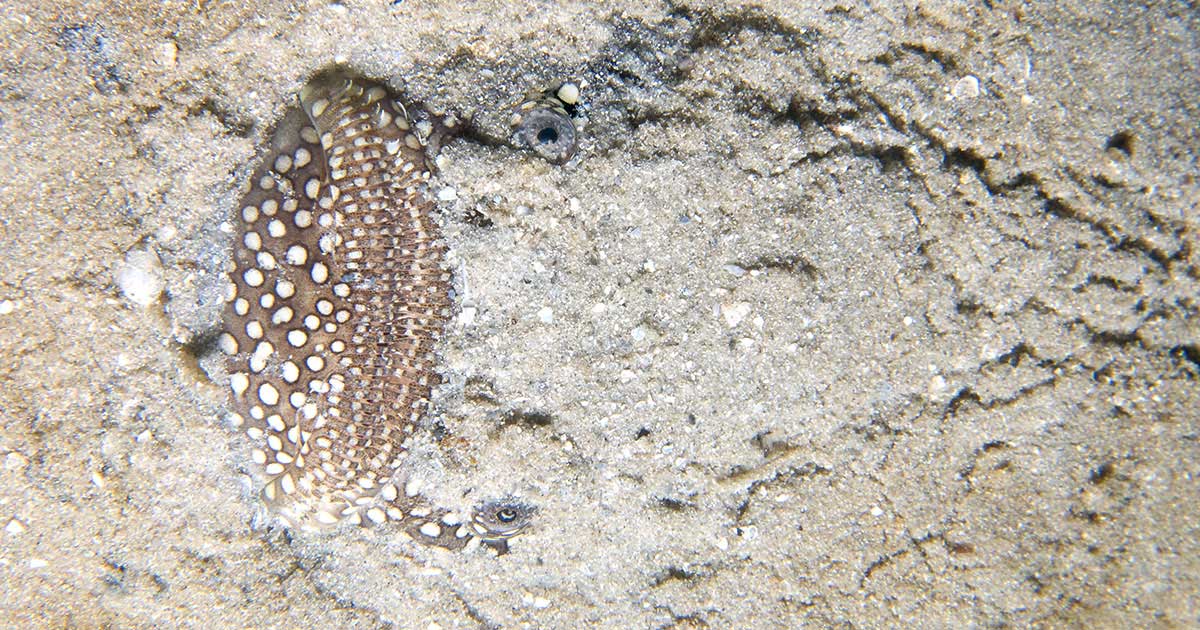 Keeping it in the Strike Zone

In this sixth installment of CSA’s FishBlog, CSA Ichthyologist David B. Snyder writes about the hidden talents of the southern stargazer.

The southern stargazer (Astroscopus y-graecum) occurs in shallow waters throughout the western Atlantic and spends its life buried up to its eyeballs in sand (Photo 1). Wonderfully adapted to this existence, the lips, nostrils, and eyes of southern stargazers have filaments or fleshy tabs that prevent sand from entering. And, unlike most fishes, southern stargazers direct water over their nostrils rather than in through the mouth and over the gills. This bypass allows a completely buried southern stargazer to ventilate its gills without the lateral pumping of gill covers (opercular) used by most other fishes. Southern stargazers are also equipped with broad pectoral fins capable of rapid digging. I have watched adults the size and shape of a bowling pin bury themselves in a matter of seconds.

In addition to these morphological adaptations, these fish have the remarkable ability to produce electricity. Certain eye muscles (extraoculars) just behind the eyes have evolved into bioelectric organs that store an electrical charge like a capacitor. To date, the adaptive function of this bioelectricity is unknown.

With the countenance of a British bulldog, the southern stargazer’s wide, upturned mouth, and eyes on top of the head suggest a classic lie-in-wait predator (Photo 2). Lying-in-wait is an ambush feeding mode that has evolved independently in multiple lineages of fishes. Essentially, the predator conceals itself, often remarkably so, into the background through some combination of cryptic coloration, shape, or ornamentation. Although sedentary to a fault, lie-in-waiters are generally capable of a lightning quick muscular response, allowing them to dispatch unsuspecting prey in milliseconds. Scorpionfishes (Scorpaenidae), frogfishes (Antennariidae), and lizardfishes (Synodontidae) exemplify this lifestyle. 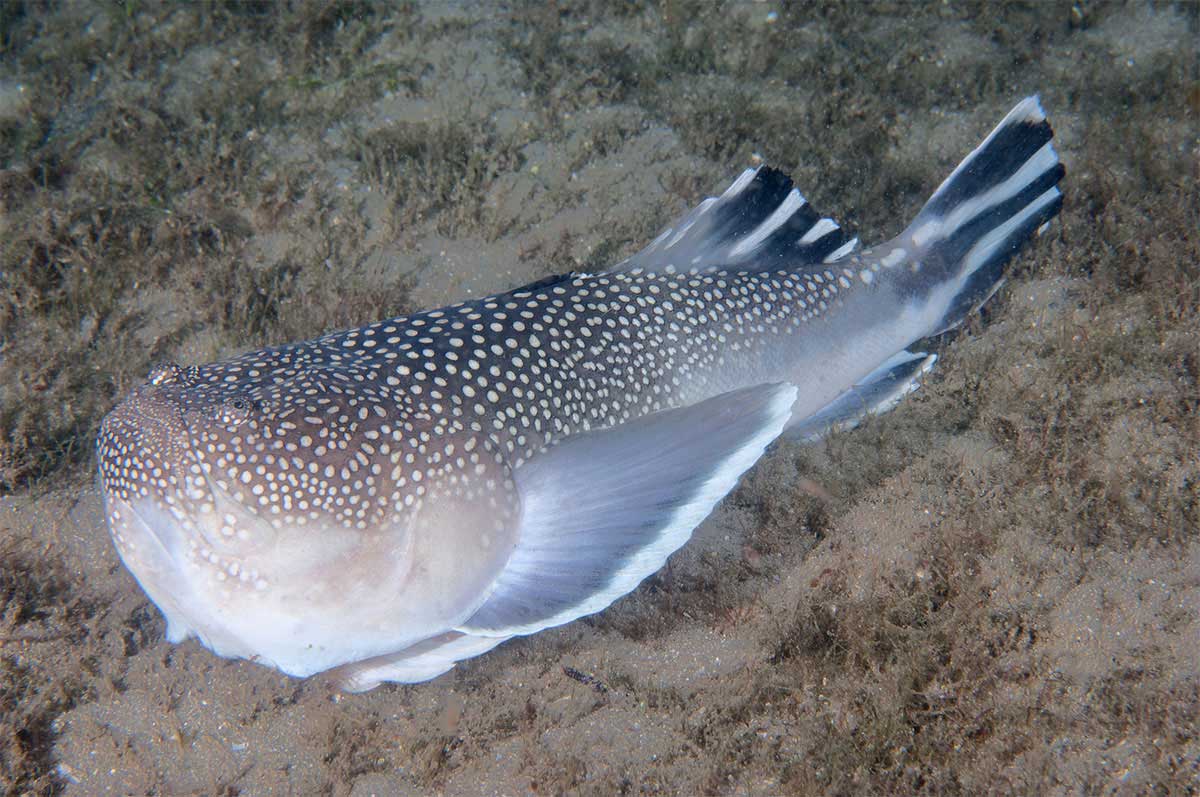 Southern stargazer (Astroscopus y-graecum) uncovered and resting on the sand in Lake Worth Lagoon, Florida (Photo David B. Snyder).

Unlike roving predators that must chase down highly mobile prey, the key to success is attracting the quarry into a space immediately above the muscle-bound mouth, a space known as the strike zone. Most species attract potential menu items by some form of luring action. Most famously in this regard are the methods employed by the anglerfish clan (Lophiiformes), where modified dorsal fin spines serve as a pole and lure to “fish” for potential prey (e.g., Pietsch and Arnold, 2020). (A note to interested readers, I will detail anglerfishes in a future blog post.)

But how does the buried southern stargazer lure its prey? It appears they use a combination of subtle effects. Eye movement and sediment disturbance from the water current exiting the gill openings create enough movement to entice fish to move in for closer inspection, but it may be the electric field emitted by those modified extraoculars that provides the final draw of the prey into the strike zone. Many fishes are known to align with electric fields through the process of galvanic attraction. Is galvanic attraction the southern stargazers secret to directing fish into the strike zone? Only time and clever research will tell.