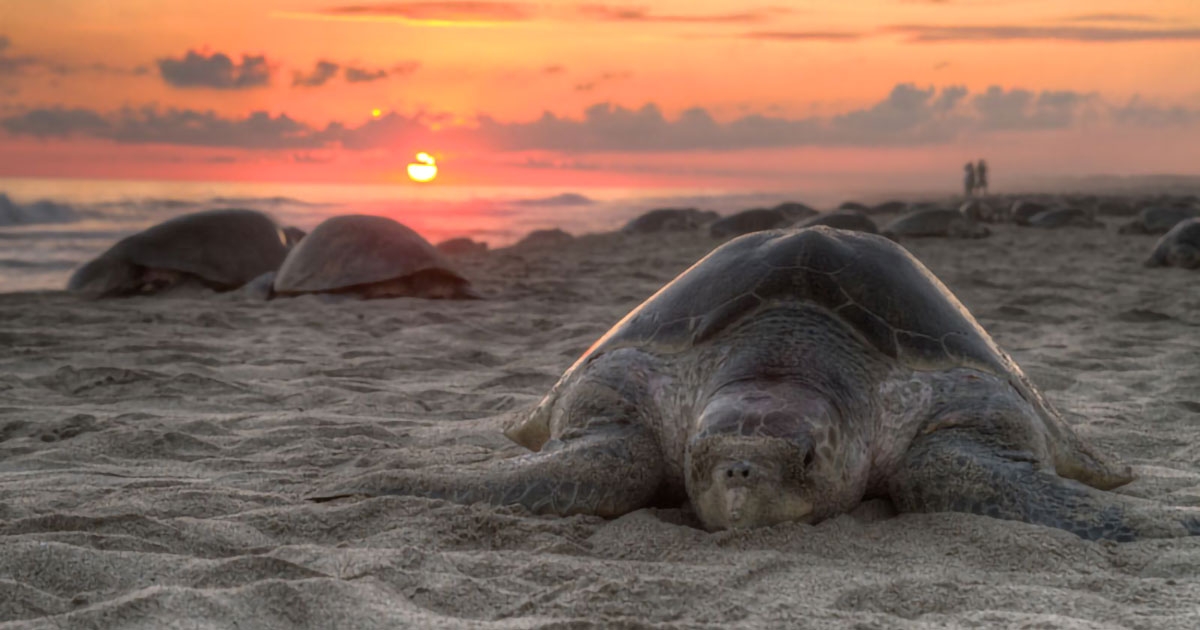 Sea turtles mate offshore, and females return to the same region from where they hatched when it is time to nest. During the nesting season, female sea turtles crawl from the ocean, mostly at night, to construct a nest into which they deposit about 100 eggs. They cover the nest with sand to incubate the eggs and hide them from predators. Eggs are incubated for about 2 months, and the nest temperature determines the sex of the hatchlings; cool conditions produce males and warm conditions produce females.

Hatchlings emerge at night when the sand is cool and they scramble to open water and swim offshore. The hatchlings head east guided by natural light, waves, and magnetic cues to the sargassum seaweed beds in the middle of the Atlantic Ocean. Lights along the coast can disorient hatchlings, guiding them away from the ocean. Scientists estimate that only one in one thousand sea turtle hatchlings will make it to adulthood. Depending on the species, it takes 15 to 50 years before a sea turtle reaches reproductive age.

It is illegal to harm or harass sea turtles, their nests, or hatchlings, which are protected by the U.S. Endangered Species Act of 1973 and Florida Statute Chapter 370. Never buy products made from sea turtles, including meat, soups, shell jewelry, or other items.

Here are some quick Do's and Don'ts to follow this nesting season, courtesy of www.floridaleatherbacks.com 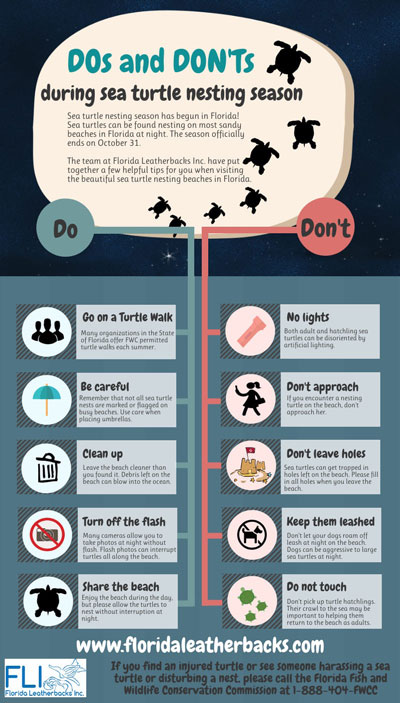 More information on protecting sea turtles and their biology and life history can be found on the Loggerhead Marine Life Center website www.marinelife.org/sea-turtle-nesting-season-begins-march-1/ and the Florida Fish and Wildlife Conservation Commission website www.myfwc.com/research/wildlife/sea-turtles/.