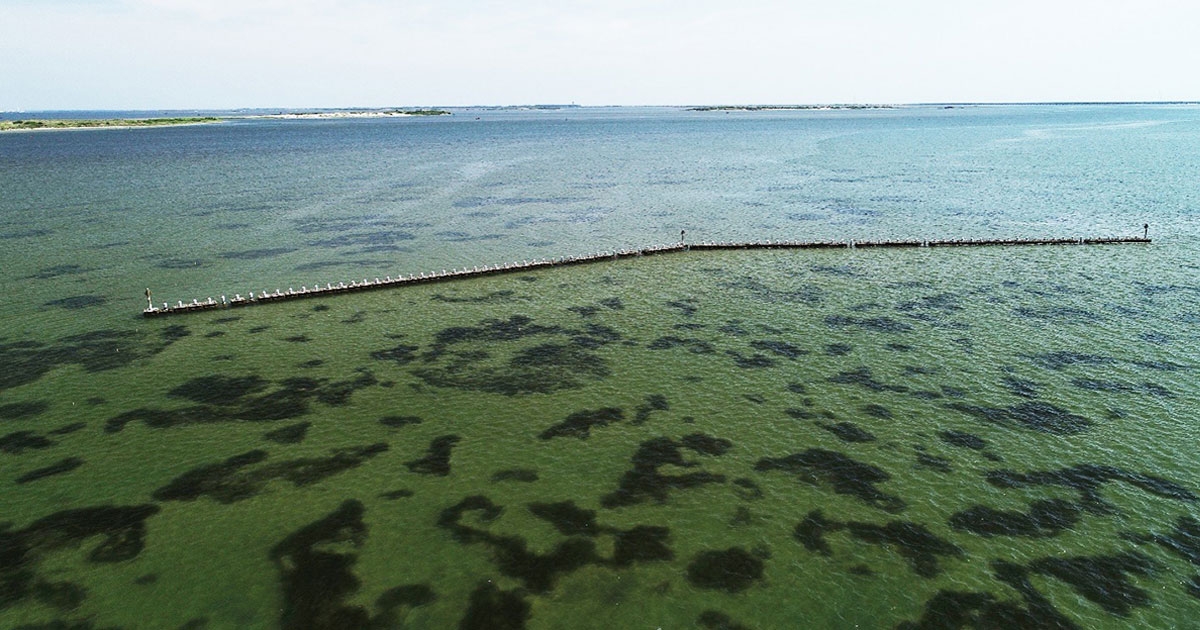 Seagrass Mitigation Strategies: Could Artificial Wavebreaks be the Answer?

Mitigation of human impacts to submerged marine ecosystems remains, after decades of practice, particularly difficult. Unlike emergent landscapes where engineering alternatives are readily available and the terrain can be formed to need, mitigation in these submerged settings, especially with seagrass ecosystems, can only sometimes be engineered. Finding locations where human impacts have created a gap in seagrass resources, the impact has abated, and natural colonization is not already occurring are few and far between and are usually smaller than the impact areas that need mitigation. Filling in old dredging holes is one of the most straightforward opportunities to create the needed habitat, but the number and availability of those sites is often limited. Thus, innovative approaches for generating seagrass acreage for mitigation of unavoidable impacts is much needed.

Over the last two decades, research into the factors that naturally shape seagrass landscapes has rapidly increased. Application of landscape principles long-developed in terrestrial ecosystems have proven to be highly effective in explaining why seagrass beds are found in a range of landscape patterns, from very patchy, “leopard-skin” beds to broad, continuous meadows. Moreover, human activities in the coastal marine environment have provided unintended experiments demonstrating how gradients of physical drivers relate to seagrass landscape patterns. The creation of dredge material islands in estuarine bays interrupt key drivers such as wind waves and tidal currents that are well-known for their role in sculpting seagrass landscapes. Researchers found that when wind waves in particular were interrupted by these islands, patchy seagrass beds in the lee of those islands coalesced into continuous meadows. Importantly, from a regulatory perspective, those filled-in, colonized gaps are now jurisdictional resources, requiring mitigation if disturbed. 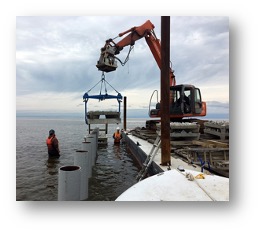 Figure 1. Installation of the wavebreak structure in 2017 near Oregon Inlet, North Carolina.

For most of the last decade, CSA has been working with the North Carolina Department of Transportation in an experimental program to engineer wave energy interception in patchy seagrass beds to promote bed coalescence and new seagrass acreage as mitigation. Installation of a wavebreak structure in a chronically patchy, wave-swept seagrass bed inshore of Oregon Inlet, North Carolina was conducted in 2017. Despite a slow initial response by seagrass in the 3 years following its installation, the structure now appears to be performing its intended function and seagrass acreage is increasing through seafloor colonization and bed expansion.

On February 14th, Dr. Mark Fonseca, CSA’s Vice President Science, will give an invited talk at the University of Central Florida Biology Department’s weekly seminar series. The presentation will cover the history and outcome of this novel seagrass mitigation strategy and its role in providing mitigation under the regulatory framework. 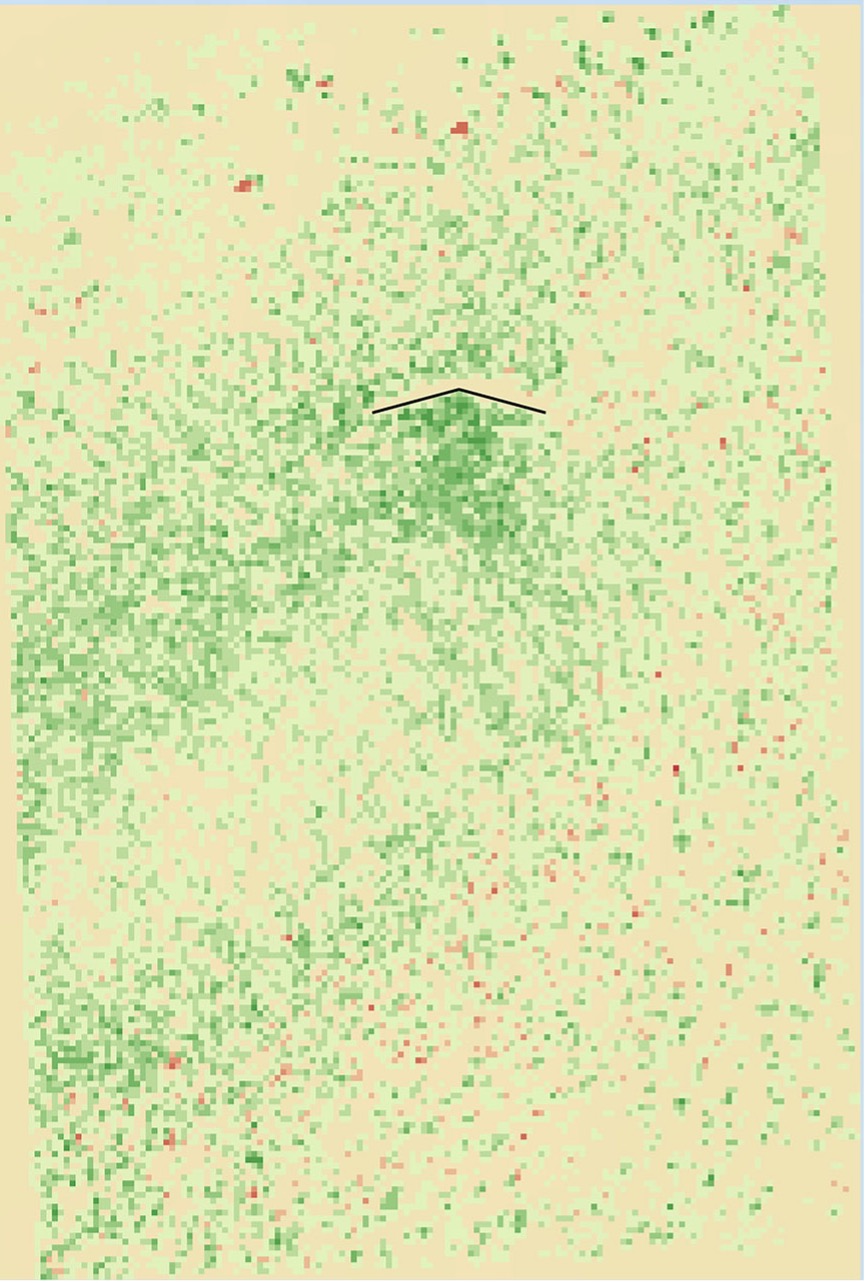 Figure 2. Change analysis from 2020 to 2021 showing increase (darker greens), no change (beige) and losses (deeper reds) of seagrass at 5 × 5 m resolution around the 500-ft long wavebreak structure (chevron-shaped dark line). Note the concentration of seagrass expansion below (south of) and adjacent to the structure, an area sheltered from more frequent, large wind waves from the north.