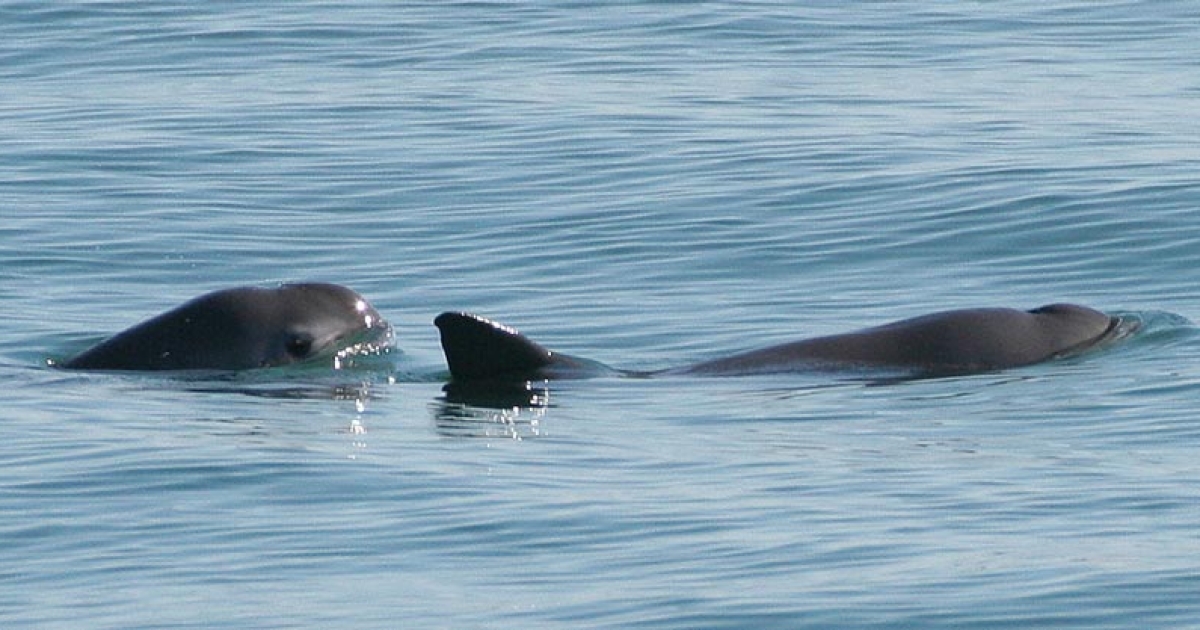 The Vaquita is the most endangered marine mammal on Earth

What is the Most Endangered Marine Mammal on Earth?

Though you’ve probably never heard of it, the Vaquita is the most endangered marine mammal on Earth, with as few as 30 remaining today. Weighing less than an average Great Dane, the Vaquita is a small porpoise that lives only in the Colorado River delta in northernmost section of the Gulf of California off the Baja Peninsula. Due to its small population size, there is a good chance that the Vaquita will go extinct within the next 5 to 10 years, making it the second marine mammal to go extinct within the 21st century (the first being the Yangtze River Dolphin, or Baiji). Vaquitas are killed as bycatch during illegal totoaba gillnet fishing activities. The totoaba is a large fish in the drum family whose swim bladder is highly sought after on the Chinese black market; notably, the totoaba is also threatened with extinction from this illegal market.

Although the threats occur primarily in Mexican waters, the United States was hoping to evade Vaquita extinction through a cooperative captive breeding and release program with the Mexican government. While this extraordinary effort to save the Vaquita was considered an extreme measure, it appeared to be the only option available to save the species. Unfortunately, this last-ditch effort was abandoned due to the apparent stress shown by the Vaquita during the capture process. It was an incredibly disappointing setback for researchers and conservation personnel from both countries and, for now, the future of the species is uncertain. For more information on current efforts to save the Vaquita, listen to the recent NOAA podcast: https://www.fisheries.noaa.gov/podcast/can-vaquita-be-saved-extinction