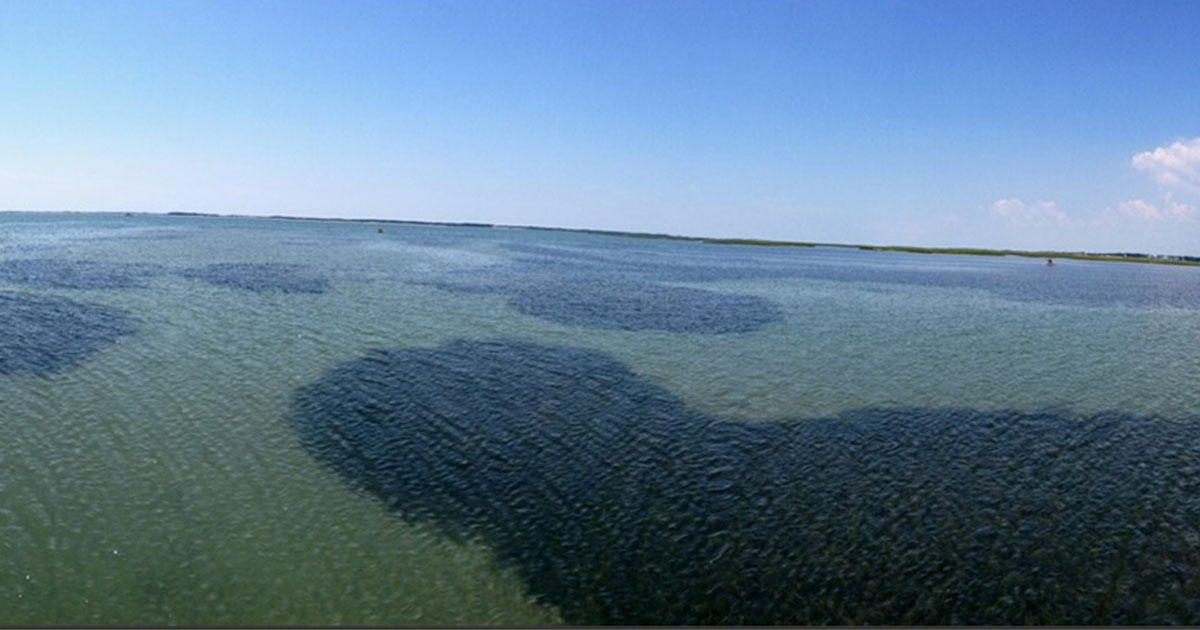 In this paper, the authors examined bottlenecks for eelgrass seedling establishment with a focus on the burial depths of seeds. Experiments were conducted between November 2009 and April 2011 at six sites in the lower Chesapeake Bay (York and Piankatank rivers, Virginia) with a range of potential wave exposures. The wave climate was assessed using WEMo, a hydrodynamic wave model co-developed by Fonseca and Malhotra. Seed burial was performed using the VIMS seed planting machine, which significantly increased seedling recruitment success relative to hand broadcast seeds. Sediment disturbance experiments showed that surface sediment disruption typically extended to a depth of 3 cm, indicating that seeds buried in the top 1–3 cm could experience high losses from being washed out.

WEMo forecasts of wave energy were not consistently correlated with seedling establishment using two methods of seeding; hand broadcasting seeds on the sediment surface or seeds mechanically injected 3-4 cm into the sediment. The lack of correlation was likely a result of difficulty in down-scaling the model with spatially coarse data. However, in many cases, high seedling success was seen at sites with lower wave heights, suggesting that some threshold level of wave energy leads to erosion and loss of seeds available for germination. In general, the results indicate that success of natural seed recruitment depends on the depth that seeds are incorporated into the sediment. As such, utilization of the VIMS device, which can deliver seeds deeper in the sediment, has promise of increasing the initial success of seed-based restoration efforts.

As is often the case in shallow estuarine sites, explicitly adding changes in water depth based on tidal stage strongly influenced wave height forecasts. As water depth increases on a flood tide, any wave energy at the water surface may not be transferred to the seafloor, meaning that sediments would not be moved. Because wave energy at the water surface and sediment movement may be uncoupled at different tidal stages, the forecast of high wave energy may not be adequate to predict areas of eelgrass seed erosion. As such, calculations of sediment motion should be incorporated in the model, including examining potential threshold values for modeled sediment shear stress, above which sediment and/or seedling erosion and potential loss might occur. Additionally, examining critical time windows for wave modeling may help detect the intersection of a wind-wave event with a particularly vulnerable stage of eelgrass plant development. For example, the timeframe during which emerging seedlings have leaves subject to drag forces but before rhizomes are robustly established may emerge as a vulnerable stage for seedling survival, during which an extreme wave event could be particularly impactful. For this approach to work, high spatial resolution bathymetry data would be needed to allow any wave forecast model’s ability to accurately represent the near-bottom shear forces experienced by seedlings, especially when considering the effect of waves on sediment and/or seed transport on the seafloor across different tidal stages and water depths.

Eelgrass is one of the few seagrass species that reliably produces large quantities of harvestable seeds and colonizes new seafloor by both seed and vegetative expansion. Many studies over the years, including by these authors, have documented the rapid colonization of seafloor by eelgrass seedings. The authors also have produced seminal studies on the utilization of eelgrass relocation as a mitigation technique. Seedling colonization can be a very cost-effective way of establishing new seagrass beds. To learn more about how this has been utilized in the mid-Atlantic region, click here.

This paper is available from the authors or Springer. The final Special Issue, Tribute to Susan Williams with 18 other papers, will be released in Estuaries and Coasts later in 2021.